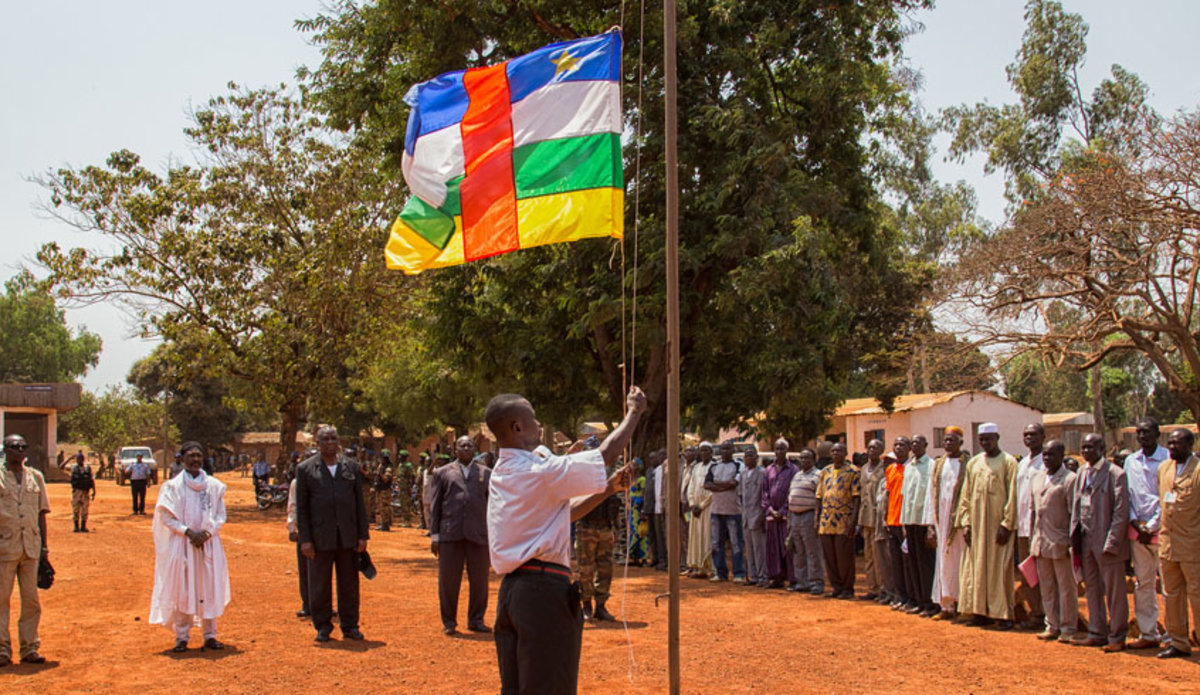 The Political Affairs Division (PAD), derives its mandate from United Nations Security Council Resolutions 2149 (2014) and 2217 (2015).  The Division supports the political process and provides strategic and political advice as set out in the MINUSCA mandate.   The three objectives of the Division are:  i) to promote inclusive political dialogue and reconciliation; ii) to support the political process and mediation efforts; and iii) to provide good offices and sound political analyses, strategic advice and policy recommendations in support of the Mission’s mandate.

Role of the Division

(i) Take a leading role in international efforts to assist the Transitional Authorities, working with the Economic Community of Central African States (ECCAS), the African Union (AU), the United Nations Regional Office for Central Africa (UNOCA), and other relevant international and regional stakeholders to devise, facilitate, coordinate and provide technical assistance to the successful and timely completion of the political transition;

(ii) Provide good offices and political support for the efforts to address root causes of the conflict and establish lasting peace and security in the CAR including promoting dialogue between the transitional authorities with relevant national actors including armed groups, the civil society and other key national actors;

(iii) Assist the Transitional Authorities and, subsequently, the elected authorities, in mediation and reconciliation processes at both the national and local levels, working with relevant regional and local bodies and religious leaders, including through inclusive national dialogue, transitional justice and conflict-resolution mechanisms, while ensuring the full and effective participation of women;

Partners of the Political Affairs Division include relevant national, regional and international actors who are instrumental in advancing the peace process and supporting efforts towards the completion of the transition and the restoration of constitutional order through the organization of the free and inclusive elections, and peace consolidation efforts in the post-election period. In collaboration with all MINUSCA components and units and members of the United Nations Country Team, the Division maintains effective engagement and close cooperation with national actors across the political and social spectrum, including relevant national authorities, members of the executive, legislative and judiciary institutions of the transition, political parties, national and local non-governmental actors and members of civil society. The Division interacts and coordinates with diplomatic missions and regional organisations