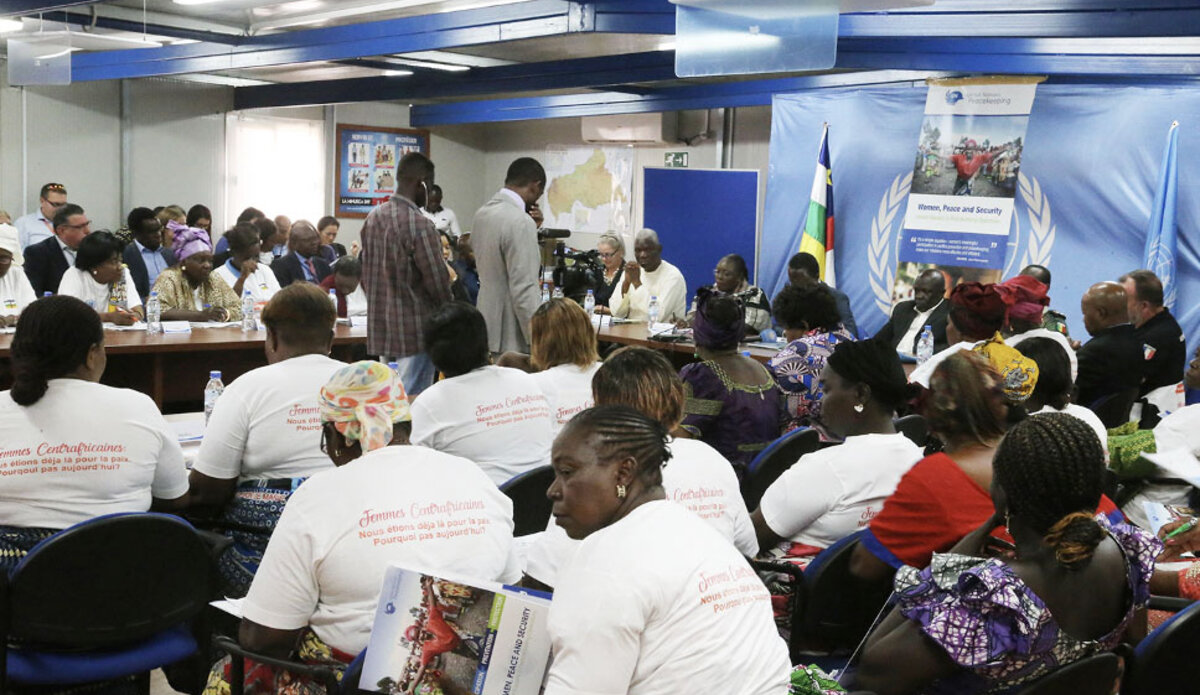 The situation of armed conflict and insurgency that the Central African Republic has experienced over the past two decades and which has resulted in widespread insecurity throughout the country since the Séléka coalition took power on March 24, 2013, has had dramatic consequences for the population. Women and children in particular are the most vulnerable groups during these military-political crises. Particular attention should be paid to the specific needs of women and to strengthening their role in the peace process, national reconciliation and the economic recovery of the country.

The mandate of the Gender Section is defined by UN Security Council Resolution 2552, which in paragraph 44 calls on MINUSCA to "take full account of gender issues in all aspects of its mandate and to assist the authorities of the Central African Republic to ensure the full, equal and effective participation, contribution and representation of women, including survivors of sexual violence, in all areas and at all levels, including in the political and reconciliation process and in the implementation of the Peace Agreement, stabilization activities, transitional justice, the work of the Special Criminal Court and the Truth, Justice, Reparation and Reconciliation Commission, security sector reform and disarmament, demobilization, reintegration and repatriation activities, and preparations for the 2020 and 2021 elections, including through the provision of gender advisors ».

At the internal level (within MINUSCA) :

At the external level (in collaboration with government institutions, civil society organizations and other technical and financial partners) : Internally (Support for gender mainstreaming within the Mission)