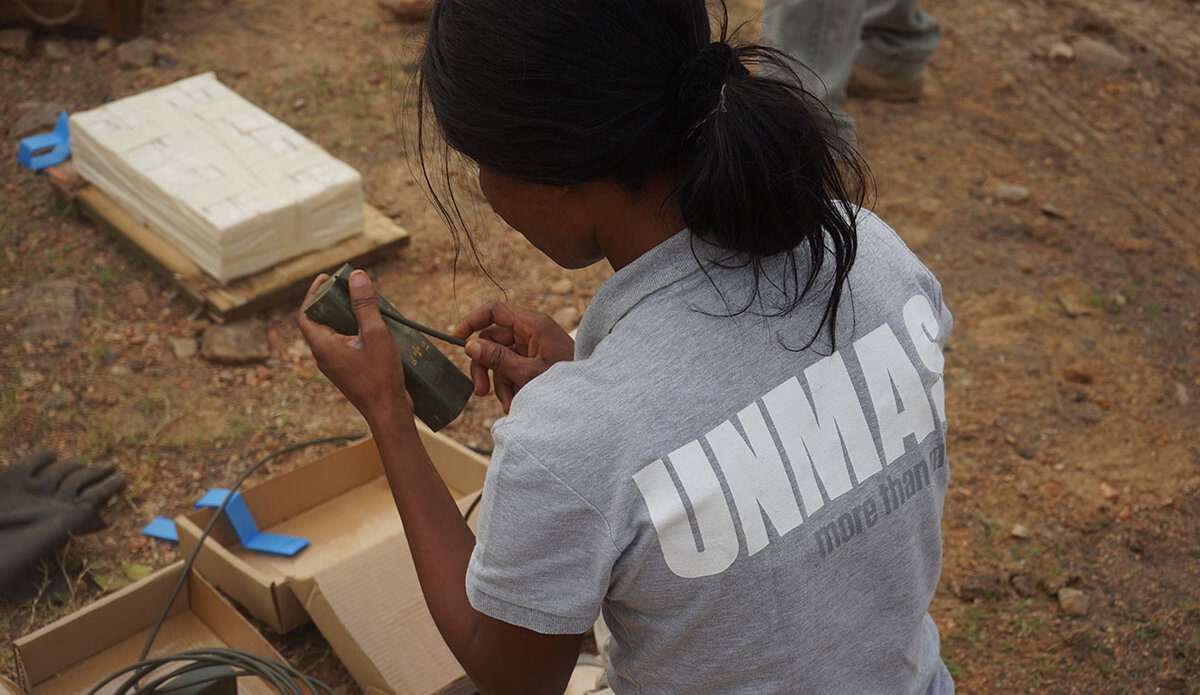 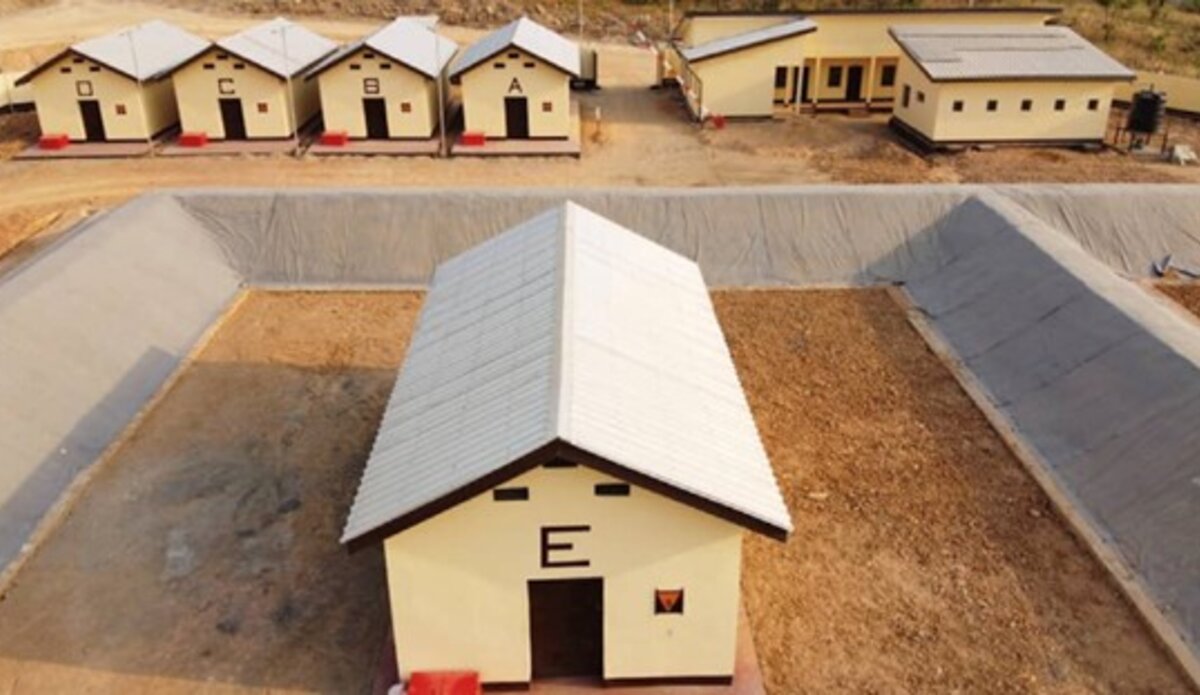 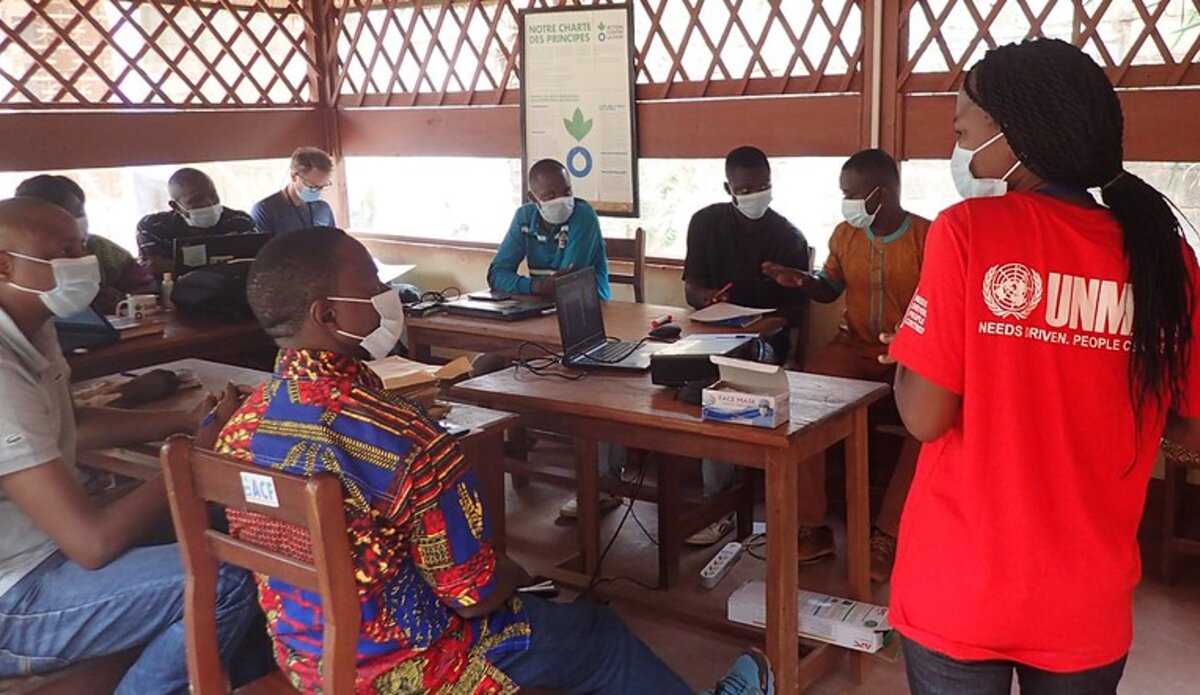 The activities of the United Nations Mine Action Service (UNMAS) directly support the implementation of the consecutive mandates of the United Nations Multidimensional Integrated Stabilization Mission in the Central African Republic (MINUSCA). In 2014, UNMAS was established as the Weapons and Explosive Hazards Management section of MINUSCA, under the authority of the Deputy Special Representative of the Secretary-General (DSRSG) and Deputy head of MINUSCA, following the Security Council Resolution 2552 (2020).

Why are we in CAR?

Capacity building in weapons and ammunition management (WAM) in the Central African Republic (CAR) directly supports the Restoration and Extension of State Authority (RESA) and thus contributes to MINUSCA’s strategic objective "to support the creation of the political, security and institutional conditions conducive to the sustainable reduction of the presence of, and threat posed by, armed groups through a comprehensive approach and proactive and robust posture without prejudice to the basic principles of peacekeeping"[1]. WAM, along with appropriate storage facilities and trained personnel, is essential for the development of the Central African Defense and Internal Security Forces (FDSI)[2]. In addition, adequate WAM capacity is a key element in the benchmarks for assessing the arms embargo (SCR 2536 (2020)).

In the CAR, prior to the start of capacity development activities by UNMAS in 2014, the capacity of national authorities to store and manage weapons and ammunition was almost non-existent. A large quantity of small arms and light weapons (SALW) and other explosive devices were under the control of armed groups and/or dispersed among the population.

Since then, UNMAS has provided the country with a number of weapons and ammunition storage facilities in compliance with international standards, including the country's first regional ammunition depot in Bouar, and provides training to the FDSI. In addition, UNMAS supports the implementation of the National Action Plan to fight the SALW through the National Commission for the Fight against the Proliferation of Small Arms and Light Weapons (NATCOM-SALW), which was created in 2017 with the mission to assist the government in the design, implementation, monitoring and evaluation of the national policy to fight SALW.

Recent progress within the security sector were achieved in CAR with the signing of various framework documents, such as the National Strategy for Security Sector Reform in March 2017, the National Defense Plan in September 2017, the Orientation Document on the Deployment of National Defense Forces in October 2017, as well as the Comprehensive Plan for the Resizing and Redeployment of the Central African Armed Forces in March 2018.

In February 2019, the Political Agreement for Peace and Reconciliation (APPR) was signed between the Central African government and 14 armed groups. Also, in 2019 the country validated a National Strategy and Action Plan to fight the proliferation of SALW. These achievements allow UNMAS to provide a coordinated support to the national authorities with different international partners active in the field of WAM.

WAM capacity development in CAR, in which UNMAS participates, increases the accountability of the FDSI, as well as their reputation in the communities. It also contributes to the support and respect of international and national standards related to WAM and helps mitigate the risks of theft, looting, access and use of weapons and ammunition outside of official service or prevent accidents related to explosions of ammunition stored in poor conditions. Thus, continuing to support national authorities in developing their WAM capacity is imperative for the improvement of security and peacekeeping in CAR.

By supporting the national capacity development in WAM, UNMAS contributes to the progressive extension of the state authority, the security sector reform, and the eventual transfer of responsibility from MINUSCA to relevant national authorities.

[2] The defense and internal security forces include the Central African armed forces (FACA) and the Internal Security Forces (FSI).