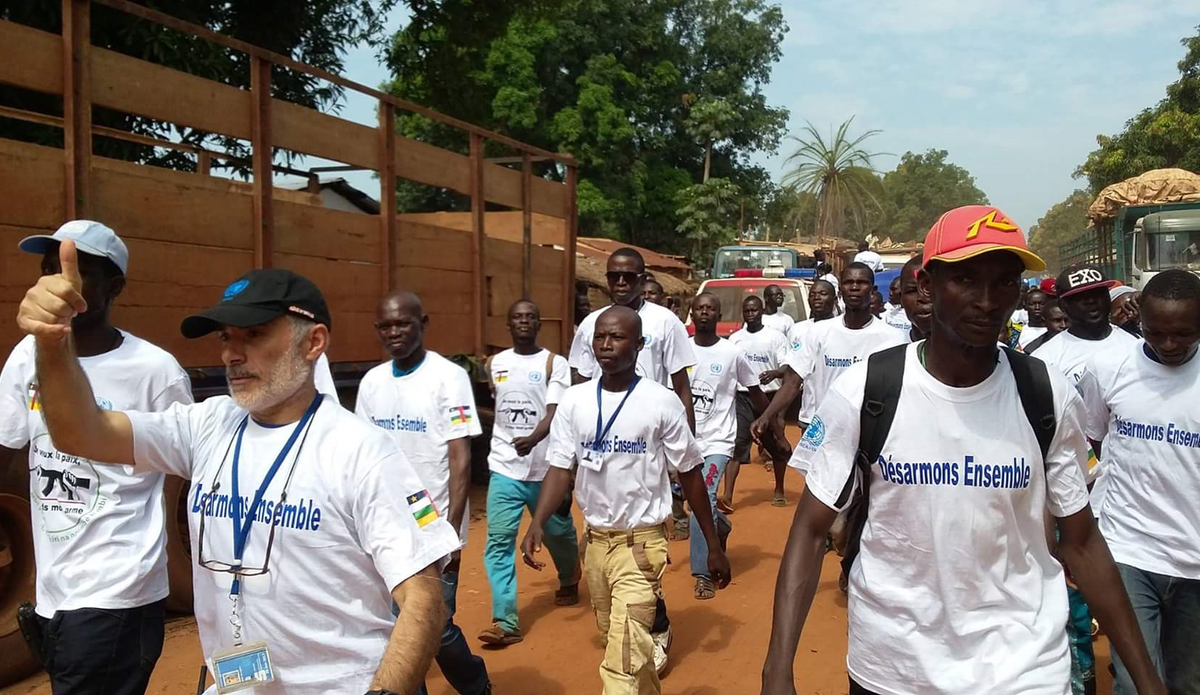 The United Nations Security Council, through Resolution 2552 of 12 November 2020, assigned the Disarmament, Demobilization and Reintegration (DDR) Section the mandate to:

MINUSCA's support to the Central African Authorities in the implementation of the PNDDRR is done at several levels:

The DDR section designed and implemented the pre-DDR programme, which started in October 2015 and ended in June 2017. It was an innovative programme because the Central African Republic is the first country in which the UN implemented such a programme as a preparatory phase of the National DDRR Programme and as an essential tool for the security and stabilization of communities.

Through this programme, the section supported combatants wishing to leave armed groups before the official launch of the National Programme for Disarmament, Demobilization, Reintegration and Repatriation (PNDDRR). It offered alternatives to violence to those who agreed to voluntarily lay down their arms (Cash for Work and Income Generating Activities (IGA)). A total of 4,325 beneficiaries, including 737 women, participated in the Pre-DDR programme in Bangui, Kaga-Bandoro, Bria, Bambari, Bouar, Ndele and Birao.

CVR stands for "Community Violence Reduction". It is a programme designed to be complementary to the PNDDRR and which targets communities.

All CVR projects are implemented according to the principle of community ownership through local CVR project committees in the regions and the Local Peace and Reconciliation Committees (CLPRs) in Bangui. These Committees play a cross-cutting role in project implementation through beneficiary identification, sensitization sessions, identification of economic opportunities and project monitoring.