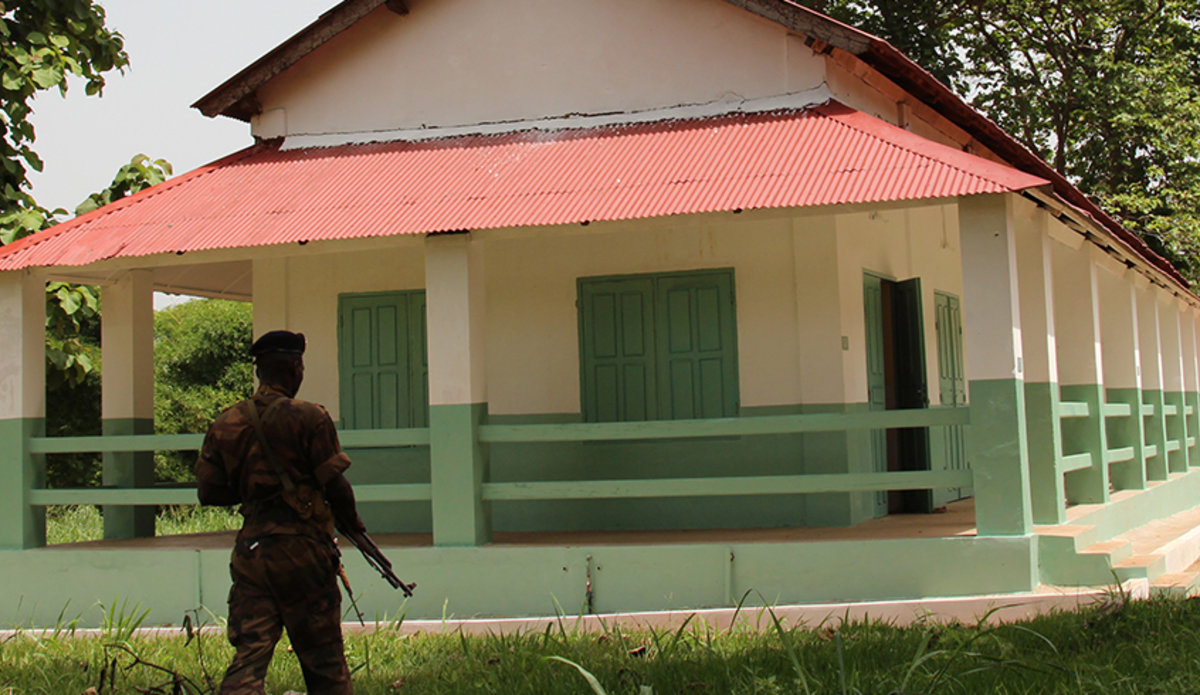 MINUSCA provides strategic guidance and technical assistance to the transitional authorities in relation to the security sector, such as on the future security architecture, the missions of defence and security forces, the resumption of activities and redeployment of security and defence forces, and security sector governance issues. The main principles for the future defence force and for the integration of ex combatants in the state uniformed personnel developed with the MINUSCA’s guidance in collaboration with its main partners and adopted in the Strategic Committee for DDR and SSR, were incorporated in the Pact National and recommendations agreed at the Bangui Forum in May 2015.

Coordination of international assistance and training

MINUSCA co-chairs the Strategic Committee on DDR and SSR and the Technical Committee of SSR. In the area of defence reform, MINUSCA is closely cooperating and coordinating with the EUMAM (EU Military Advisory Mission) as well as is collaborating with the main actors providing support to the Internal Security Forces like UNDP, France and US. MINUSCA is aiming at further strengthening cooperation through establishing a UN interagency working group on SSR.

Preparation for vetting and restructuring of the defence and security forces

Between the beginning of December 2014 and the end of July 2015, MINUSCA SSR section, Force and Police, in cooperation with Sangaris (until spring this year), EUMAM (previously EUFOR) and Fondation Suisse de Deminage (FSD), assisted the Ministry of Defence and the Chief of Defence Staff of the FACA in the simplified verification of about 2368 selected personnel of FACA, based on the established criteria such as non-violation of human rights and humanitarian law and not being affiliated with active armed groups. With the assistance of OROLSI, MINUSCA is currently working on the development of full vetting procedure for defence and security forces.

MINUSCA, in cooperation with OCHA and in coordination with ICRC, continued conducted sensitisation of the verified military personnel in human rights, protection of civilians, protection of children, prevention of conflict related sexual and gender-based violence, civil-military relations and humanitarian principles. Between mid-February and mid-July 2015, around 1600 FACA underwent the training within a QIP.

The rehabilitation of the main military camp Kassai and the main military dispensary Oubru within an MPTF-funded project was completed by MINUSCA in cooperation with UNDP and Swiss Foundation of Demining. Within the same project, a biometric database for the military personnel was developed and is today utilized by EUMAM and the Human Resources Direction of the Ministry of Defence. This project has aimed at assisting the national authorities to regroup FACA and improve the management of human resources.

The rehabilitation of the 8 police stations and 3 gendarmerie brigades in Bangui has been mostly finalized within a PBSO funded project executed by UNDP and overseen by MINUSCA. Office equipment, vehicles and communication means have been provided as well in order to reinforce the operational capacities of the national internal security forces.